The idea for what has developed into the world’s first electric EUS biopsy instrument came to Dr Charles Walther, our founder, while he was out on a jog.

After performing 15,000 biopsies (collection of tissue samples from organs), professor Bruno Walther, one of Sweden’s most experienced surgeons in cancers of the oesophagus and stomach, had thought a lot about how very difficult it is to provide an early and reliable diagnosis for tumour changes growing deep within the body. It was obvious to Professor Walther and his colleagues around the world that the available instruments did not solve the problem, and that too many patients therefore bounced back and forth within the healthcare system without a clear diagnosis.

“Why not use a drilling function to be able to access deep tumour tissue?”

Ultimately, it was not Professor Walther who came up with a potential solution to the problem, but rather this son, Dr Charles Walther. Charles, cancer researcher at Lund University and senior physician in clinical pathology in Lund, viewed insufficient biopsy samples through his microscope on a daily basis. After several years of work with the problem of insufficient samples, both clinically and in his research, Charles got the idea for a drill instrument, the EndoDrill®, while out on a jog. “Why not use a drilling function to be able to access deep tumour tissue,” thought Charles. In 2012, Charles had filed to patent the idea and was a winner on the TV4 show “Uppfinnarna” ( Swedish The Inventors), enabling the formation of the limited company BiBBInstruments AB (“BiBB”) in 2013.

Since 2020, BiBB has been focusing all of its resources on motorised EndoDrill®, the next generation electric biopsy instrument, which is aimed at a significantly larger market than its predecessor and enables improved sampling of tumours in many of the most serious forms of cancer, such as stomach, pancreatic and lung cancer.

EndoDrill® makes it possible to collect higher-quality tissue samples (so-called core biopsies) with higher precision compared to conventional EUS biopsy needles. At the end of 2020, EndoDrill® became the world’s first CE-marked electric biopsy instrument for both standard and ultrasound endoscopes. Due to the success of EndoDrill® Model X, the company chose to phase out EndoDrill® GI Upper at the start of 2021. 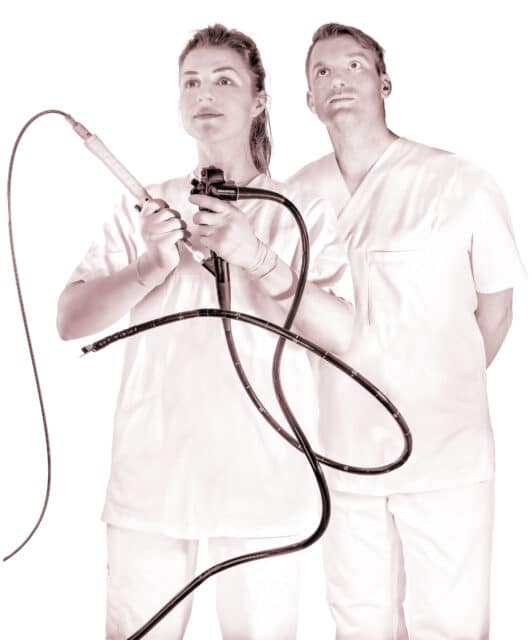