We offer innovative electric biopsy instruments for earlier and more accurate diagnosis of many serious forms of cancer.

Cancer diagnostics company BiBBInstruments AB (“BiBB”) was founded in 2013 and operates in the global multi-billion market for biopsy accessories. The company is based in Medicon Village in Lund, and was founded by Dr. Charles Walther, a cancer researcher at Lund University and senior physician at the Clinical Pathology Department of Skåne University Hospital in Lund. BiBB develops EndoDrill®, the world’s first CE-marked electric biopsy instrument for endoscopy.

The EndoDrill® product family is made up of disposable instruments and drive units (reusable) that are used to collect tumour samples for several serious cancers. The product portfolio is aimed at the global market for endoscopic biopsy instruments, with a focus on the ultrasound-guided biopsy instrument (EUS-FNA/FNB, EBUS-TBNA) segment – the fastest-growing area in endoscopy.

EndoDrill®, which is the world’s first CE-marked electric biopsy instrument for endoscopy, is designed to provide larger and higher-quality tissue samples (core biopsies) of suspected tumours than existing products on the global market. Better samples give doctors and other healthcare professionals significantly greater possibilities for diagnosing more patients at an earlier stage and with greater precision than previously possible – even with difficult-to-diagnose cancer tumours where current methods do not always produce results.

This, in turn, means that patients can receive optimal, tailored treatment earlier, which increases the likelihood of recovery and the number of survivors while reducing healthcare costs. BiBB’s innovative medical devices have the potential to improve healthcare and the odds for many cancer patients.

In 2017, BiBB launched its first biopsy instrument, EndoDrill® GI Upper – a manual niche instrument for deep gastric tumours, and the company became listed on AktieTorget (Spotlight Stock Market, Ticker: BIBB). Three years of direct sales to 24 hospitals and participation in a number of European congresses have provided valuable experience and contacts for the continued development of the second generation, electric driven EndoDrill®.

Since 2020, BiBB has been focusing all of its resources on EndoDrill®, which is aimed at a significantly larger market than its predecessor and enables improved sampling of tumours in many of the most serious forms of cancer, such as stomach, pancreatic and lung cancer.

Millions of biopsies are performed annually to diagnose the most common forms of cancer, and this need is expected to increase in number as the requirements for early diagnosis are growing and biopsies can be performed via relatively gentle methods. Consequently, there is a growing clinical need for new biopsy instruments for earlier and more reliable diagnosis.

“As the forms for treating cancer develop, increasing demands are being placed on diagnostics in today’s healthcare. To meet this development, there is an increased need of sampling that enables the determination of treatment. Our product family is being developed for optimised tissue sampling for the most common forms of cancer.” 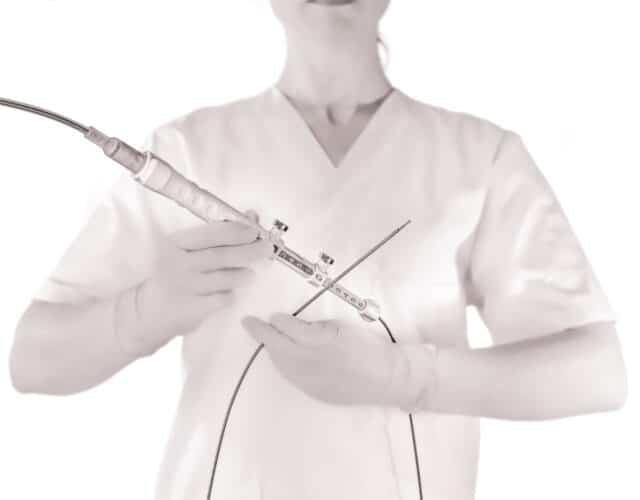